The second biannual project meeting was hosted by the Leibniz Institute for Baltic Sea Research in Warnemünde, Germany from April 18th to 20th 2018. The first day of the meeting gave room to workshops. The progress of work packages was discussed in detail, and the focus was on consolidating the first approaches and results, as well as on compassing further proceedings.

On Thursday and Friday, each work package had time to present their first results and the state of progress to all project partners (such as the planned data catalogue, the state of the case studies, and the development of the Baltic Explorer). The crosscutting points and interactions of the work packages were discussed and contributions harmonized. 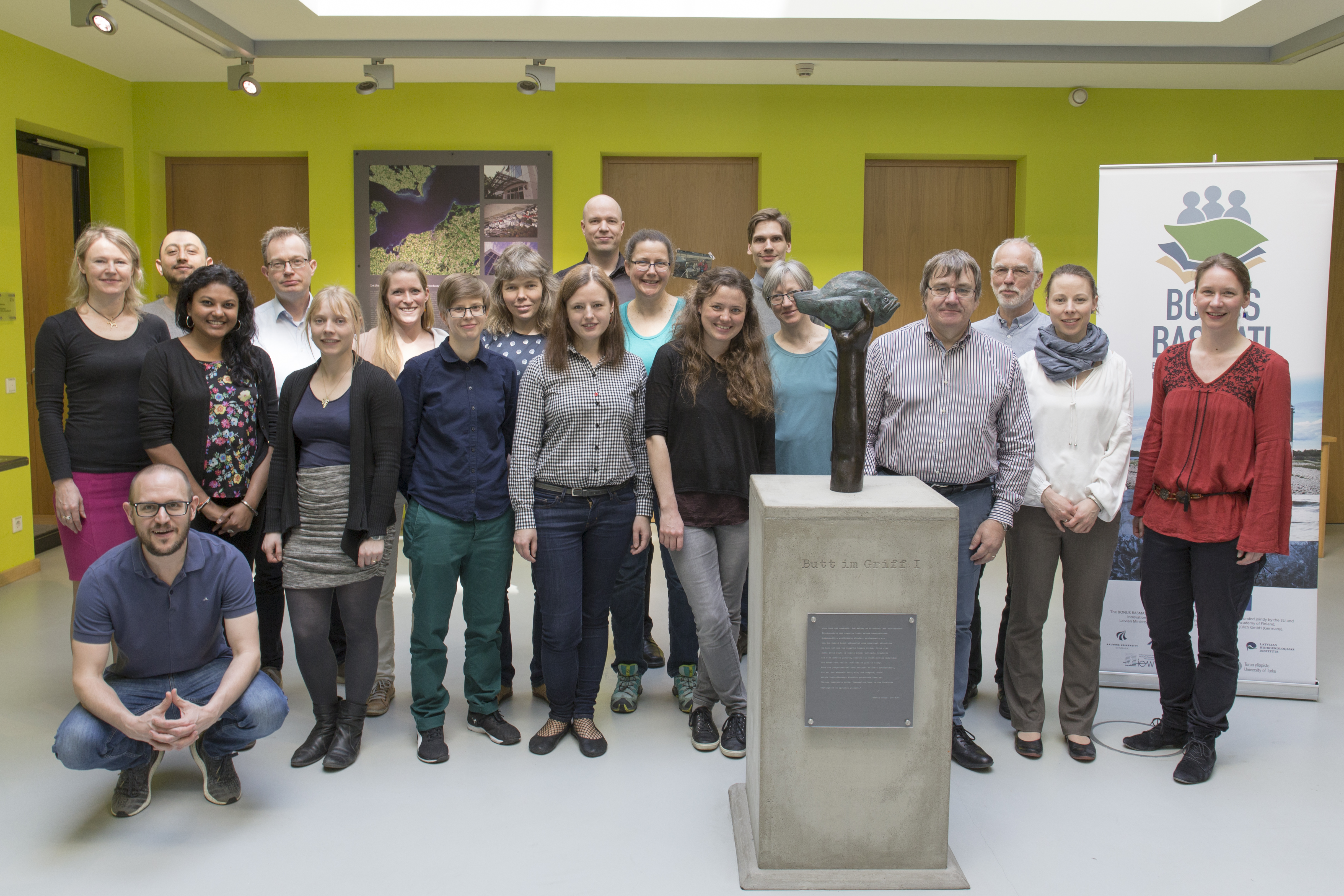